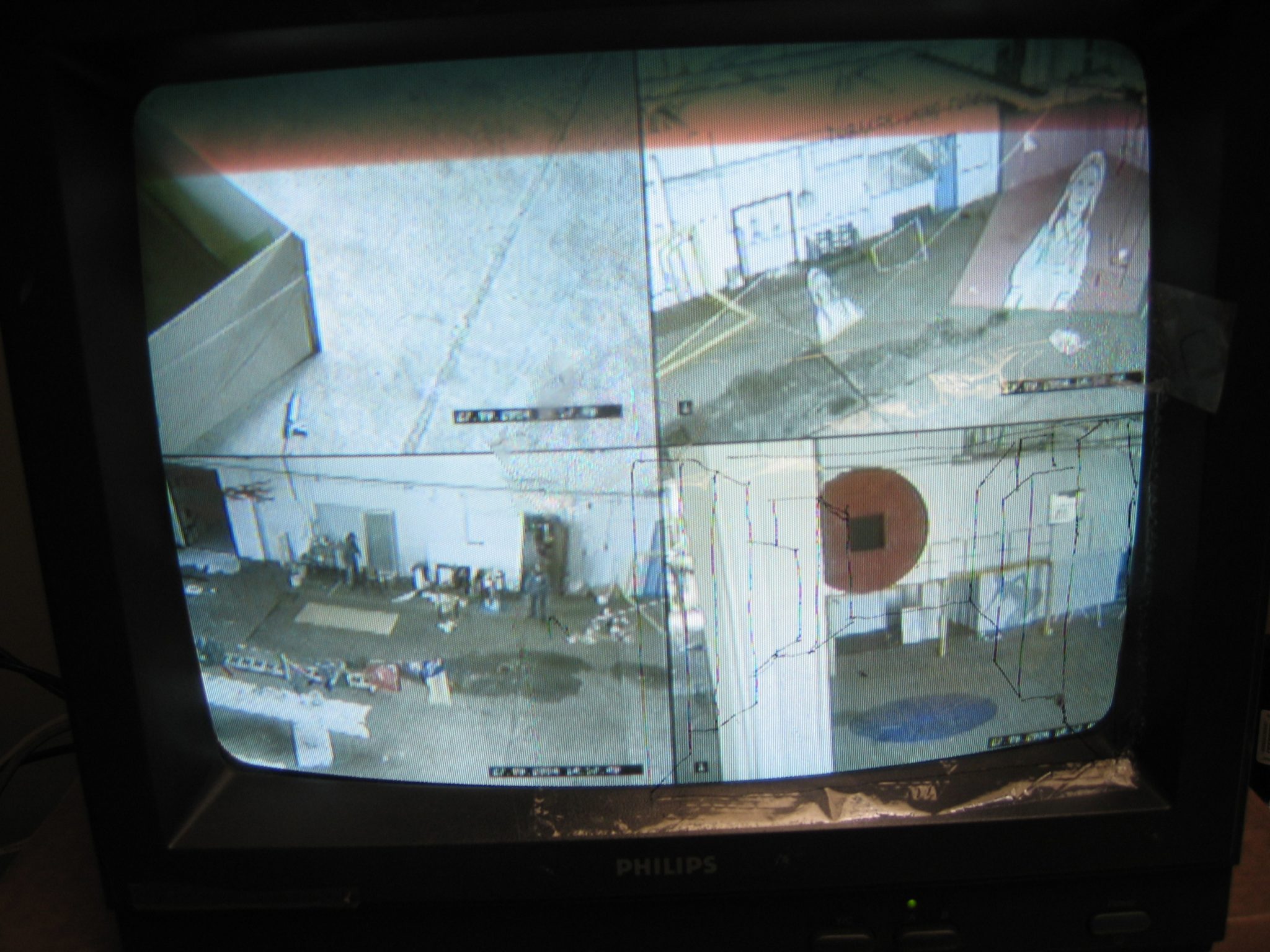 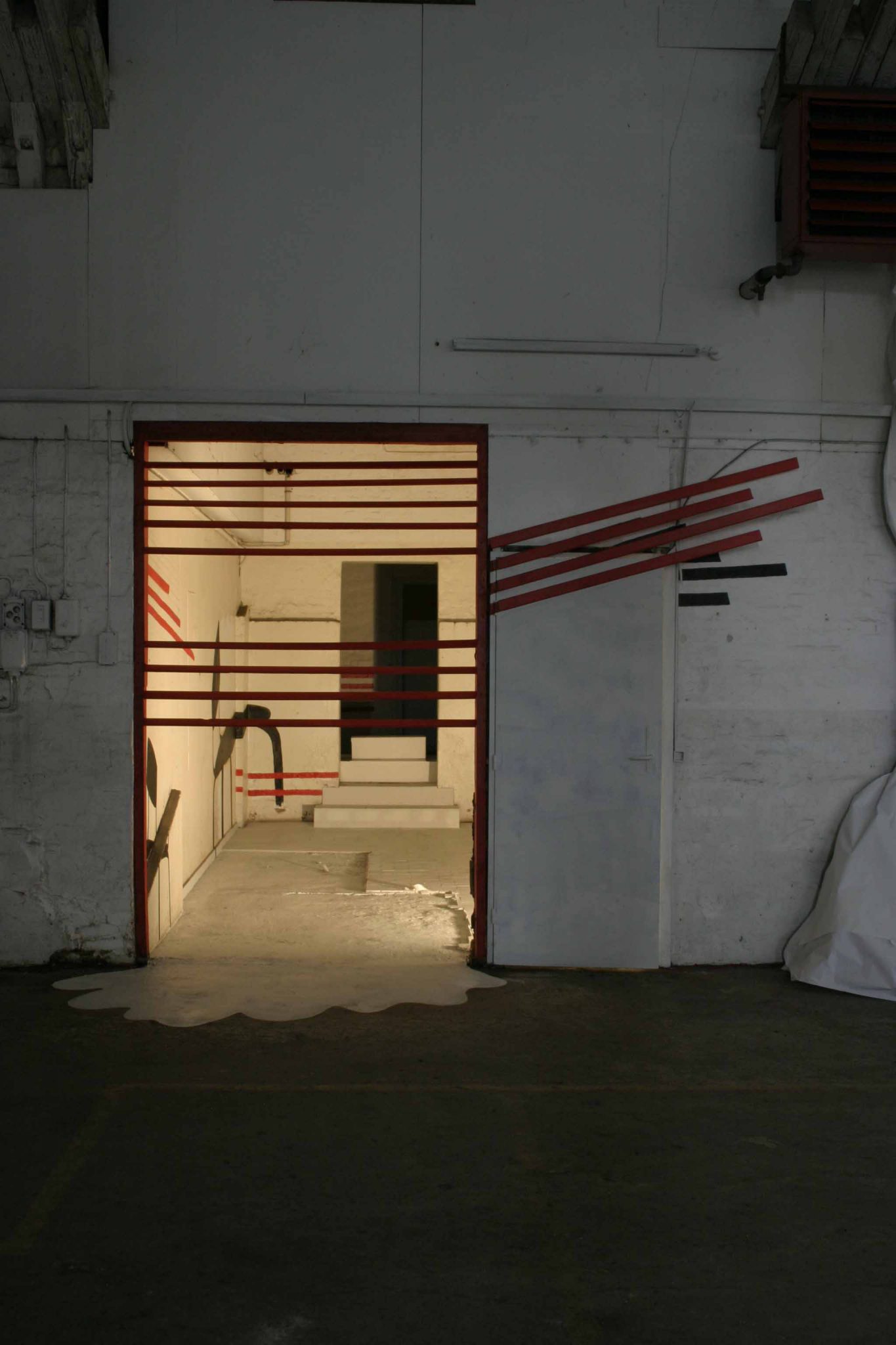 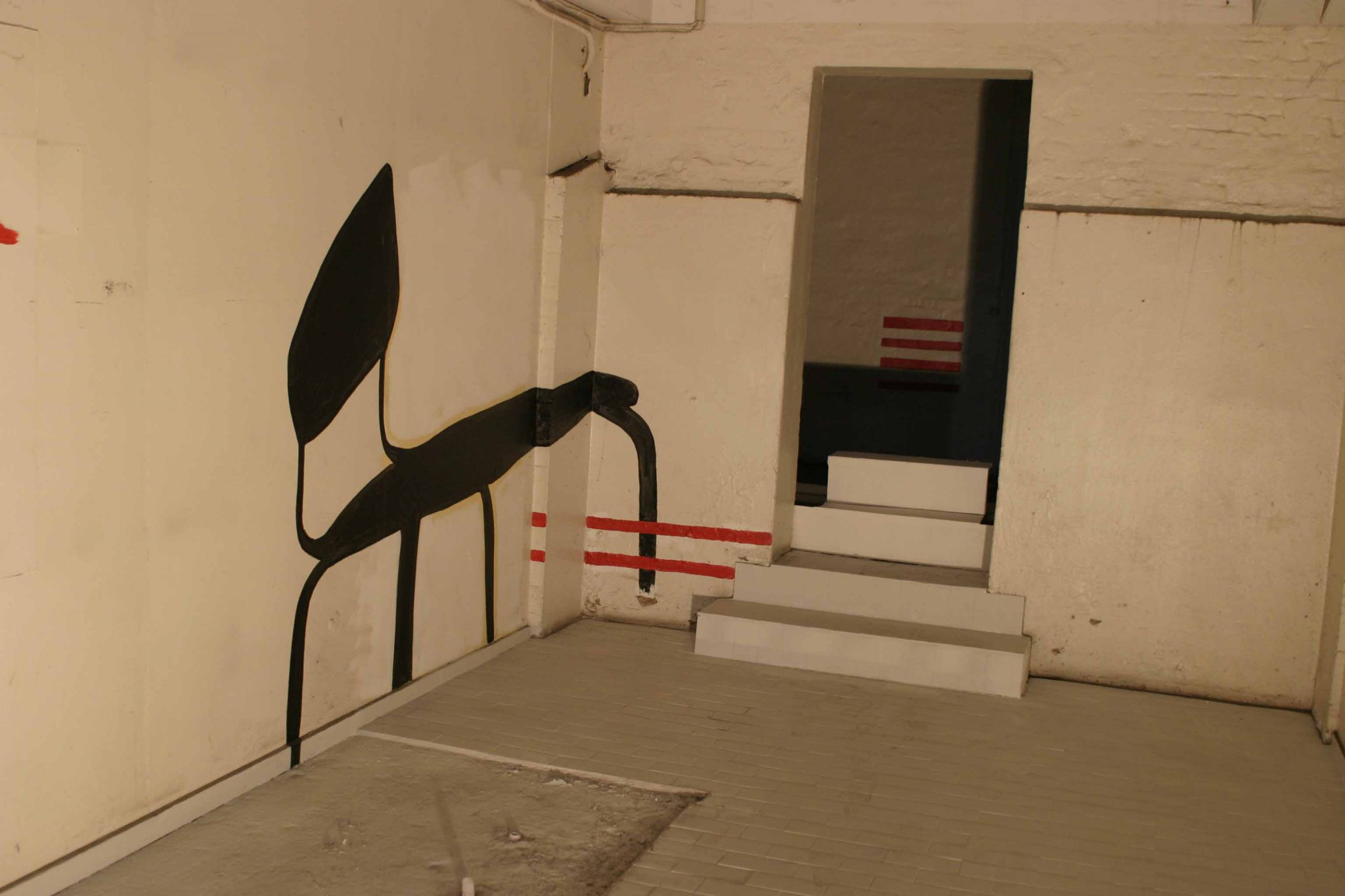 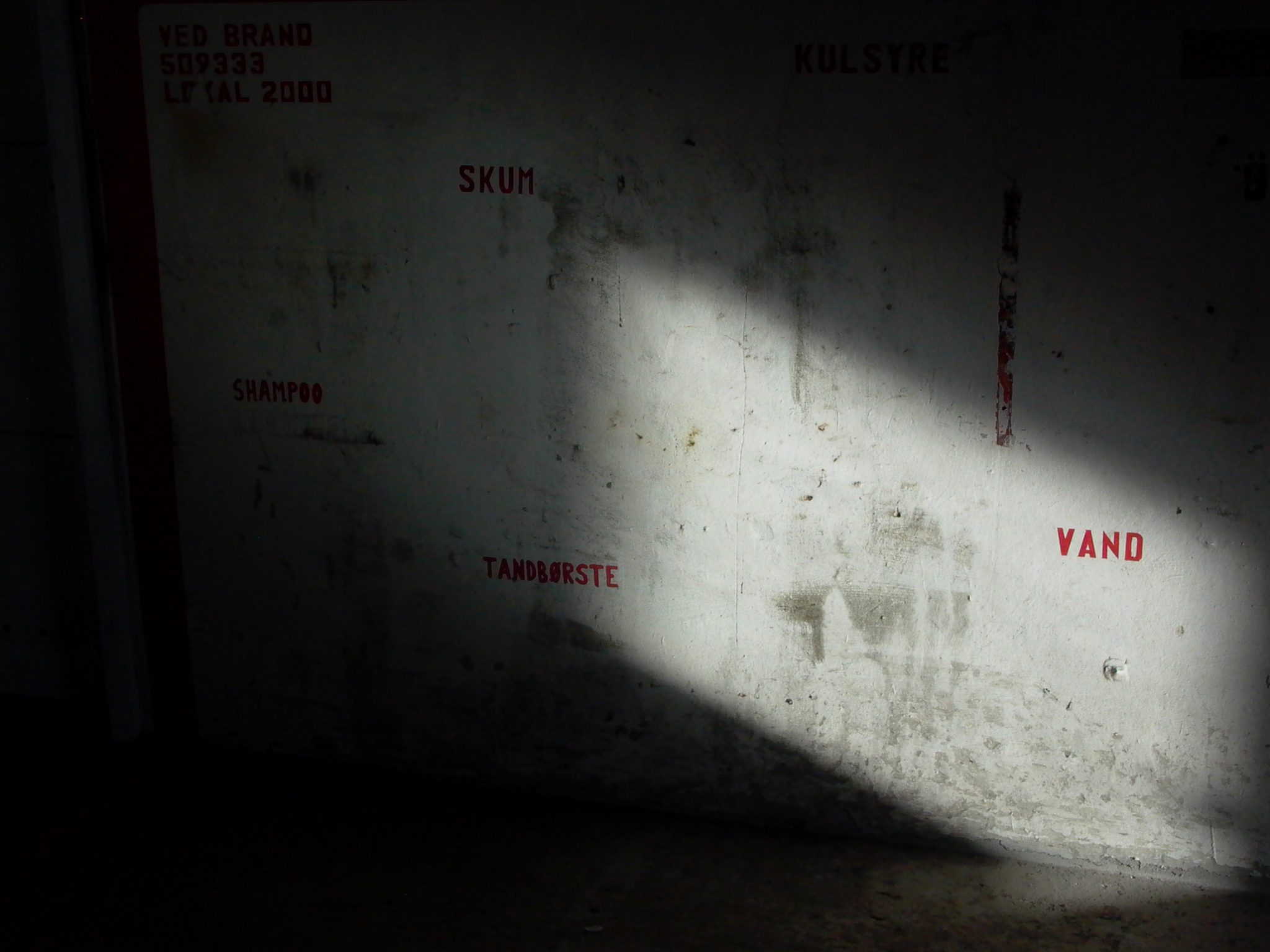 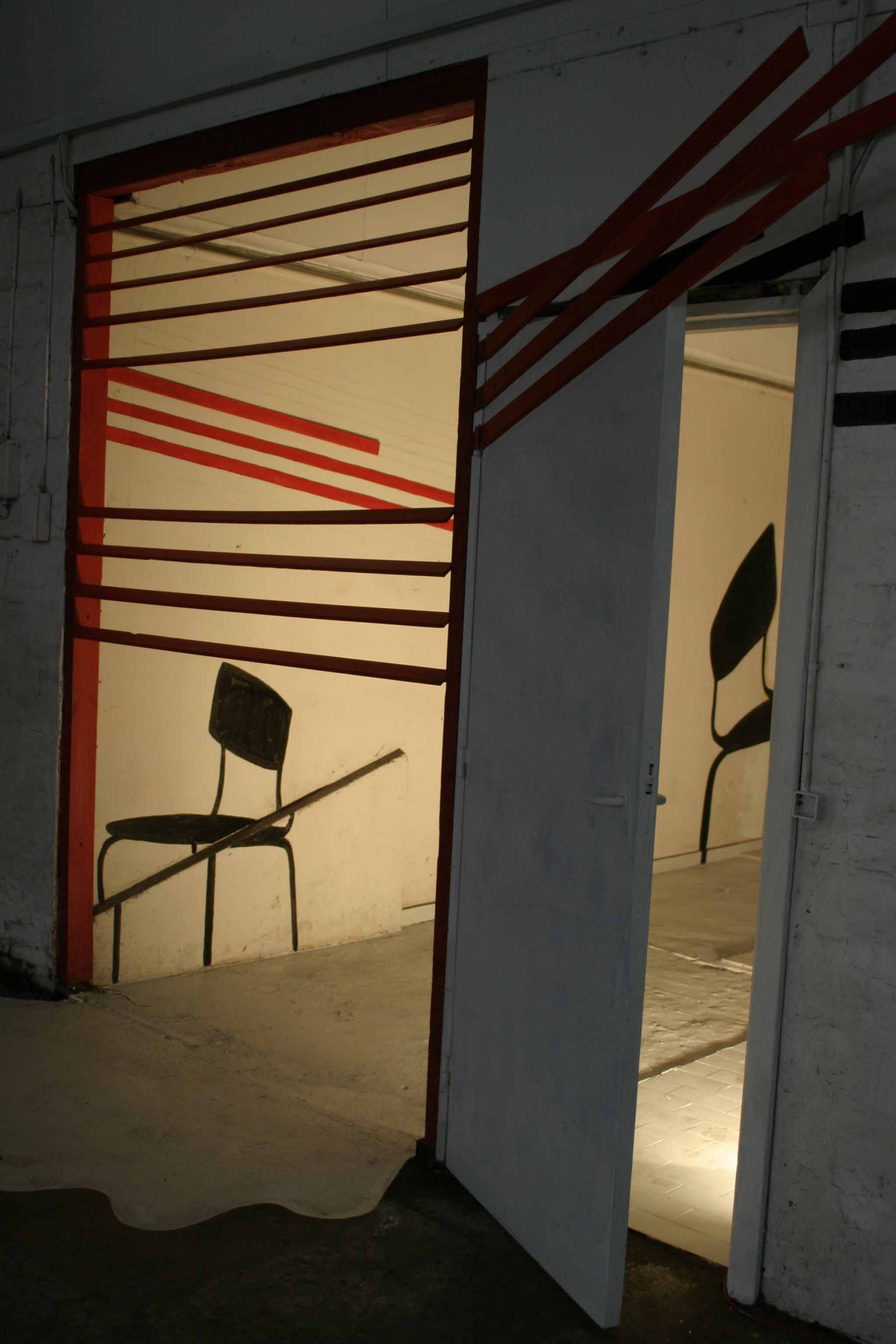 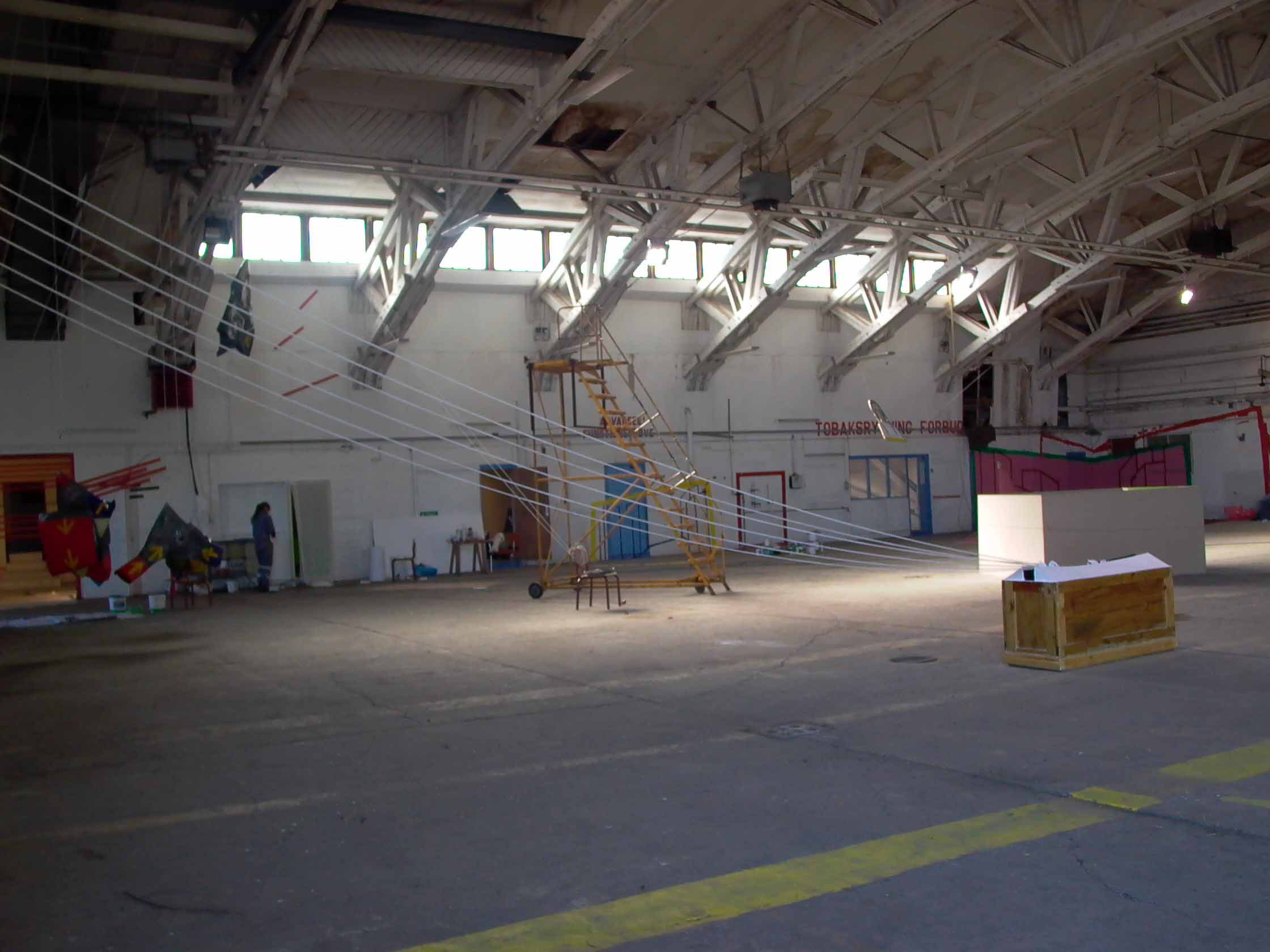 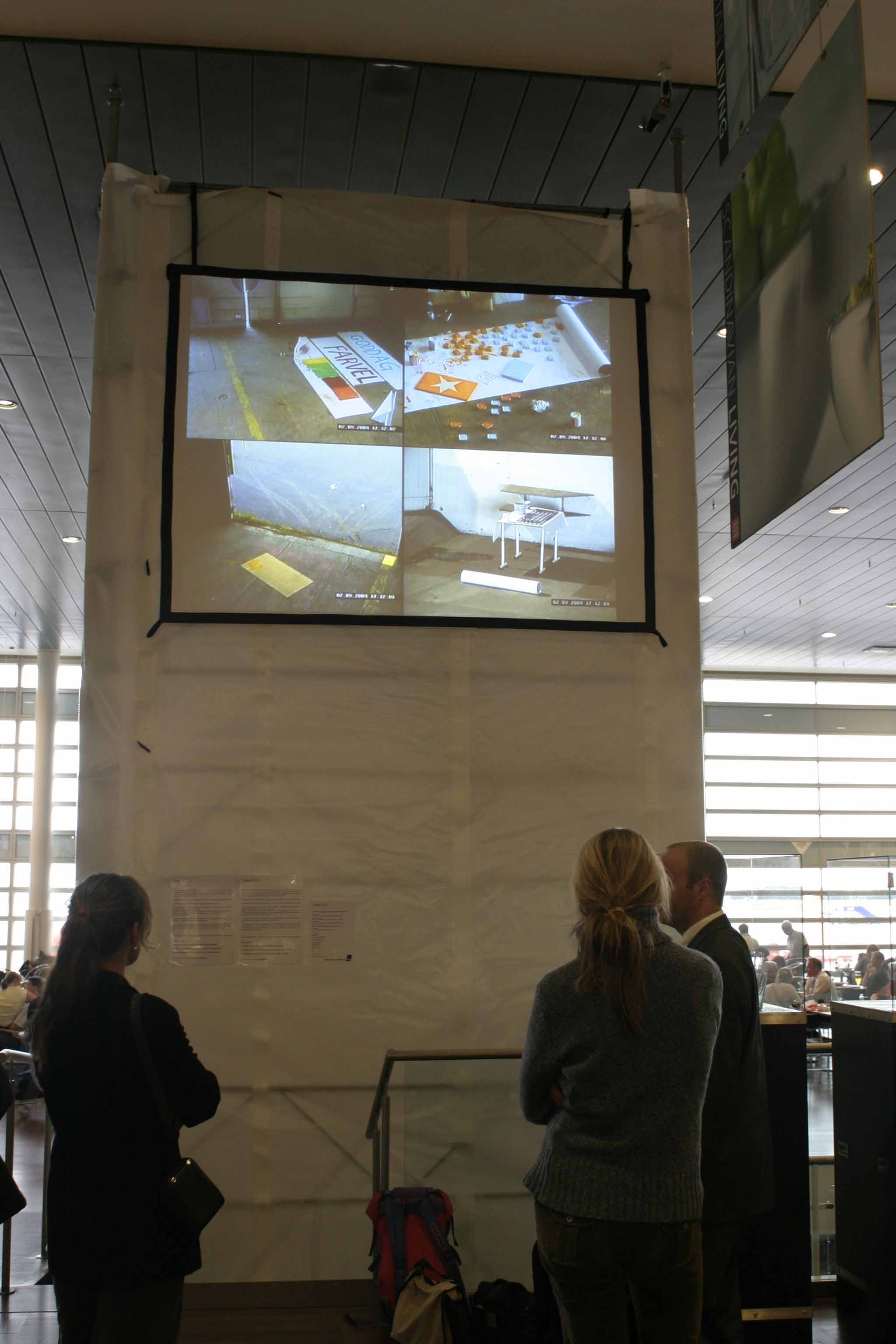 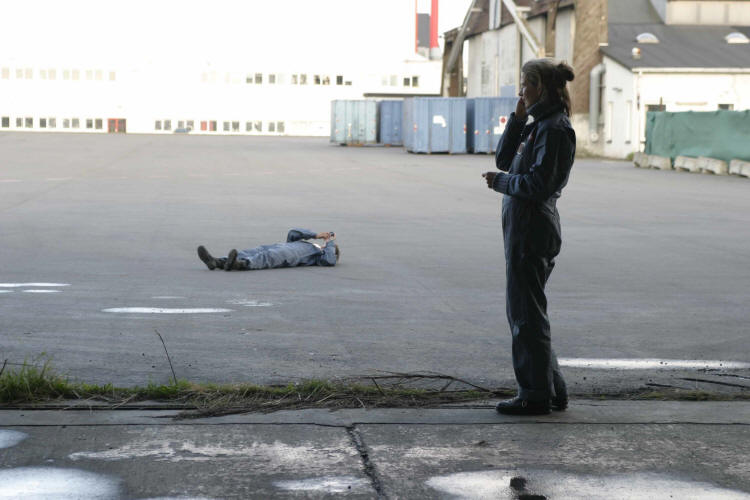 I initiated this project in the old Hangar 145 in Copenhagen Airports. At this site I worked with 4 other artists for a month. Our work was filmed by surveillance cameras and transmitted live to the transit area in the airport, an area 50.000 people pass every day. None of the art works were planned before hand but came into being in the process, some directly designed for the transmitted transitory image.