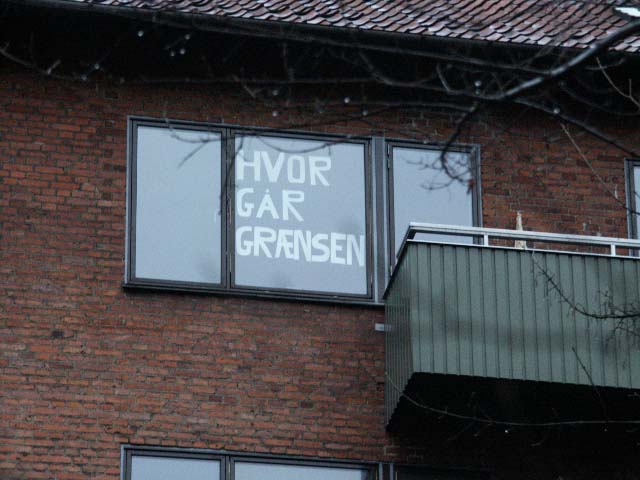 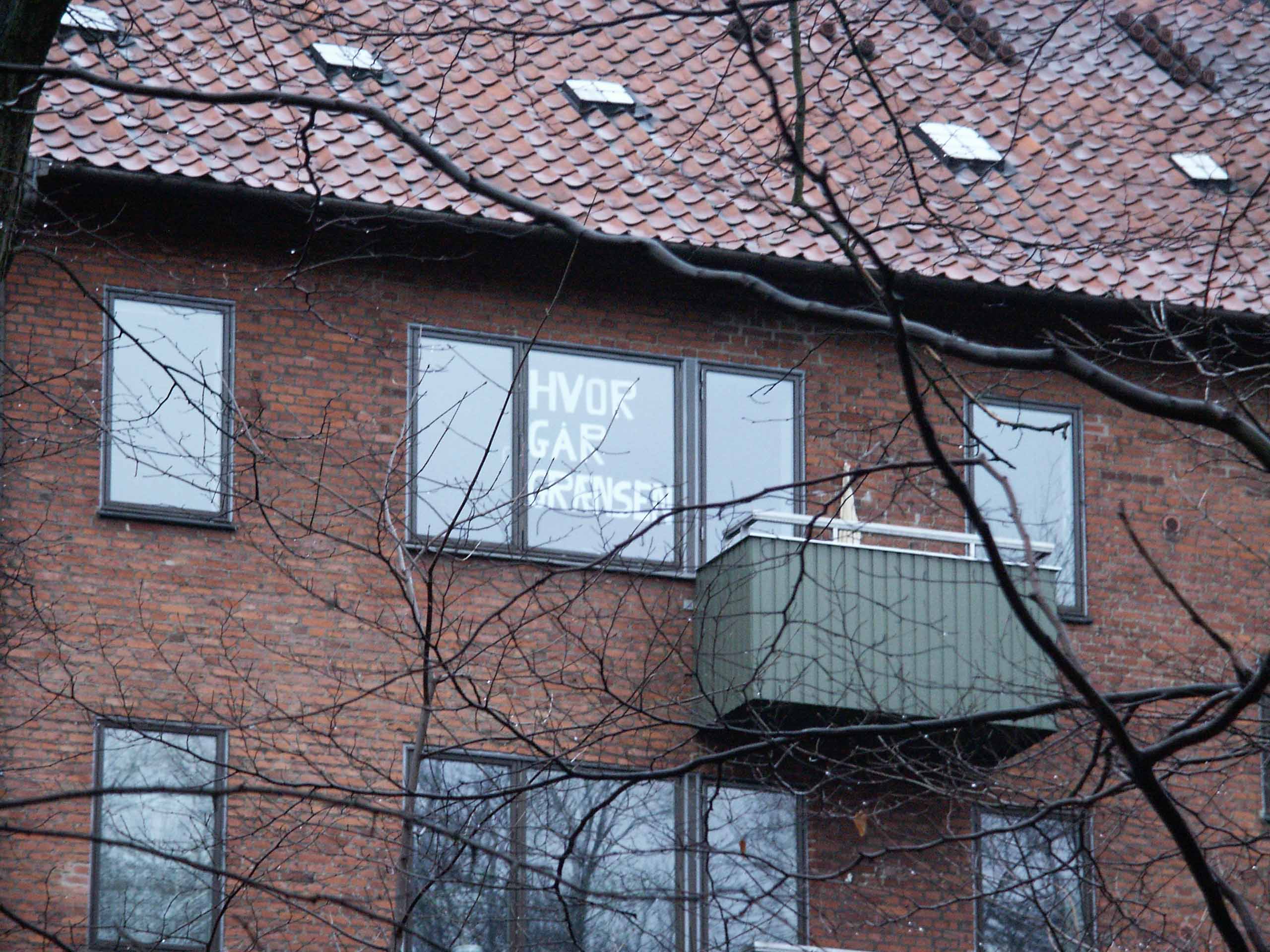 In my project ‘G-rummet’ (2005) (that is, the G-room, playing with my surname Grum) a number of ambiguous questions was shown in a window of an apartment block bordering on to a public park in Copenhagen. Questions were raised both regarding the physical division of our life spheres – the apartment block versus the park – and regarding superior power structures – like center/periphery, inside/outside, owner/user etc.:

This project was run prior to a general election. Some of the questions could be understood as statements and questions to the current socio-political state. The main issue being the strict immigrant laws being put forward by the government.